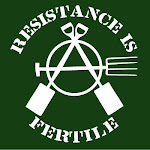 How much food could you grow in your own yard? We're about to find out...

planted more lettuce, radishes, peas, carrots, beets, and rotated another hen outside for a little tour of the yard.  both days so far the paroled hen had a great dirt bath and scratched deep for worms.  the ISA brown we let loose today was more confident and less worried about staying right by the pen where the other hens were still oppressed.

i still have a ton of bricks and patio stones.  i keep working over ideas about what to do with those.  maybe a spiral garden or use them for borders.  regardless, i need to pile them in an organized fashion, so that i can nail together some another raised bed frame.

based on the improvement this year in planting cool crops earlier, i think without any extreme season extending measures, i can eat 7 months out of the year from the garden.  with cold storage of potatoes, onions, etc., i can eat fresh food year round without too much trouble.  less talk, more action.
Posted by The Our Calories Family at 9:21 PM No comments:

wow, it is amazing to knock the rust off the rakes and spades and get into the dirt!!!  what's better is that i have a bit more clarity about the upcoming garden strategy and how things will proceed.

already, i have built 7 raised bed, 8'x4' plots; one more is on the way.  three plots are totally filled in and another is half planted.  i'm planting cool weather crops early in the beds that are finished.  already in the ground are 2 whole plots of potato (64+/-) plants, 2 dozen garlic sets, 4 dozen onion sets, 2 dozen leek sets, parsley, peas, radishes, lettuce, and cauliflower.  carrots will go in soon.

my older son is out in the garden with me every day, so far.  the new addition has visited some, too.  the older one knows that we want nice, soft soil for the worms to tunnel through.  this is maybe the best part of this whole experiment is having fun with him outside and giving him a real-life biology lab in his own backyard.

the hens laid well all winter long.  there were just 2 short patches where the weather was too cold and they stopped laying.  really, the ISA brown hens outlayed the california gray hens about 3:2.  i've been surprised with the consistently large size of eggs from the ISA browns and the increasingly larger size of eggs from the california grays.  i've taken to letting out one hen per day to roam the yard; they never wander far when the other three are in the pen.  i had been worried about having 4 hens out in the yard at the same time and the impact on the germinating seeds and bulb starts, but this way, the one hen is so interested in staying close to the other three the free bird never wanders far.

i started several veggies for the first time this year: potatoes, onions, garlic, and leeks.  for the potatoes, i'm layering the seed potatoes ($0.70 per pound at Uncle Luke's Feed Store) between leaves, chicken shit straw, and clean straw.  onion and leek sets just got popped in the ground.  the potatoes that were cut to smaller pieces were not aged to let them heal, i say sink or swim!  i'll continue mounding up straw as the potatoes plants sprout.  the straw will rot and compost and make some nice soil for other veggies next year.

the arbor area is a priority for this summer some time.  it'll be nice to have a relaxing area to sit in the garden.  if i can trellis cukes, grapes, and morning glories up the arbor, it'll be that much better.  if i can get some fruit trees actually planted, this will be shaping up to be a great summer!!!
Posted by The Our Calories Family at 7:59 PM 2 comments:

i put the kefir grains in 2% milk two nights ago.  the first night, i was a moron and spilled all kinds of kefir into kitchen sink because i didn't know how to strain it out of the quart fermentation jar.  you need to make a long funnel to pour into instead of a strainer.  i made an impromptu funnel out of aluminum foil until i look for something permanent.

after putting in more milk, i got a half liter of kefir today.  i pressed the kefir grains together somewhat using two water glasses, one smaller than the other, to extract out more of the whey and other liquid.  what was left was relatively firm half cup of kefir grains.  the number seems to have nearly doubled since the first night.  there is a light sour smell, but it smells fresh, not rotten.  the grains have a very interesting flavor.

i also got 5 more pints of yogurt started.  i figure five is a good number: eat four and keep on for future culturing.  sterilizing jars, lids, and seals is getting easier to do quickly.  i've tried about three different starter cultures thus far and have found that the best is trader joe's store brand greek style yogurt.  it firms up far better than danon.  it has more active cultures listed, too (3 in total).

i had far more heated milk left over, so i decided to experiment with the kefir.  i added a few tablespoons of the strained half liter of liquid and added it to each pint jar.  i screwed on lids and rings and set it up next to the kefir grains.  we'll see how that turns out in comparison.  if the pint jars of heated milk and kefir get firm, then i'll try making cheese.

on another front, i talked with my wife's grandmother, an 90-something finnish woman.  she remembers drinking viili as a girl.  she talked about spooning off the mold growing on top of the fermented drink and then drinking the fermented milk.  this whole fermentation jag i've been on since it got cold, has been a really interesting cultural lesson, too.  all over the world, different cultures have used fermentation to preserve food.
Posted by The Our Calories Family at 10:30 PM No comments:

i bought grains tonight from kefirlady.com.  it should arrive next week, i assume.  what started this: i bought a jug of kefir from trader joe's today.  i split it between two quarts of milk and will leave it for a while.  it essentially yields 2 quarts of kefir from a single 16 ounce jug. again, i'll post more info. soon.  while reading all over to figure out how to culture the kefir from the store to a larger amount, i got super interested in kefir grains and powdered milk.

the kraut is still going.  i added more brine to the kraut after i tasted it initially.  i tasted it just three days ago and it was far too salty for my taste, so i pitched that container of kraut.  i'll taste what will be a 3 week old kraut that has not been disturbed.  there is a layer of soft fungus of some kind at the top, which i'll scrape off.  i have a 2 quart crock that i'll use for my next kraut batch.  i'm on the lookout for free crock pots on craigslist or freecycle; i'll toss the burner part and keep the crock for fermenting..

i'm trying a greek style yogurt today as a starter.  also, i'm switching to pint jars instead of quart jars for reasons of portability and that i can keep a better temperature control on a smaller amount per jar.  beyond that, i have far more pint jars than quart jars and they're easier to sterilize.  the greek yogurt lacked a sharp tang, so i'm not holding my breath about whether or not it cultures well.  it did claim to have a wider variety of cultures available.
Posted by The Our Calories Family at 10:06 PM No comments:

the yogurt seems to be hit or miss.  some times it's firm like store bought greek yogurt.  other times it's runny.  the taste is the same regardless though.  the home made yogurt is tart and flavorful.  the whey rises to the top.  i'm not sure what to do with that, frankly.

the sauerkraut is now going on day 11.  i tasted it on day 9.  it was really good!!!  it's not nearly as sour as store bought, but i assume that will change.  i've resolved to taste it every three days now to figure out the change in flavor as it ferments.  the caraway seeds that i added to the kraut make a really tasty addition.  next time, i think i'll add parsnips or carrots or chunks of potato.

it's definitely time to buy a great big crock!
Posted by The Our Calories Family at 7:48 PM No comments:

i shredded a head of cabbage and diced a half onion.  the cabbage and onions were tossed with 1.5 tablespoons of kosher salt and carraway seeds.  the mix was split between two cleaned wide-mouthed quart jars.  juice glasses were filled with water as a weight and set on top of packed cabbage.  the cabbage in both jars is already sweating out all the water.  i've never had live sauerkraut before.

my mom made yogurt when i was a kid.  she had a 6 or 8 cup yogurt maker, which must not have been anything more than a heating element.  i heated a half-gallon of milk and swirled in a couple tablespoons of the ass-end of a yogurt quart into the milk.  i poured the milk into quart jars and wrapped them in towels and set them over top of the gas stove pilot.  it's been almost 3 hours.  i think this will take longer than the 4-5 hours that is called for in the directions i've read.
Posted by The Our Calories Family at 5:47 PM No comments:

in the garden there will be eight raised beds that each measure 5x10 feet in size.  i'll be able to plant herbs, beets, greens, kales, broccoli, cabbage, beans, peas, onions, garlic, carrots, melon, cucumbers, squash, corn, radish, strawberries, tomatoes, and potatoes in each and every bed, all arranged with the shortest on the southern most part leading to the tallest and trellised on the north of each bed.  there'll even be room for interplanting green manure plants like dandelions and burdock and comfrey.

so, if there are five heirloom vining tomato plants or five squash plants trellised up, i'm guessing that it could weigh as much as 100 pounds; 2x4 studs may be needed to frame it in.  trellises for peas and beans need not be as strong, half inch bamboo lashed together with string will be fine.  trellising for cukes should probably be somewhere in the middle in terms of strength.

i can vine grapes and cold hardy kiwis up the now-proposed arbor under the tree nearest the garden (i think i might have enough 2x6 lumber left to build the arbor.   maybe i'll try to plant hops or something else up the trees.  in 2009 i tried to run two kiwis up the tree along the driveway, but the squirrels trampled them down and they never took.

i'm getting some input and design ideas from a nice guy i met on the permies.com forums. he came over and took some photos.  he's taken a permaculture design course.  vince will be giving me some nice input hopefully.  i'm certain there are things i'm just too inexperienced to know.
Posted by The Our Calories Family at 8:56 PM No comments:

WELCOME TO OUR CALORIES!

check us out from the beginning: http://ourcalories.blogspot.com/2010/10/project-outline.html